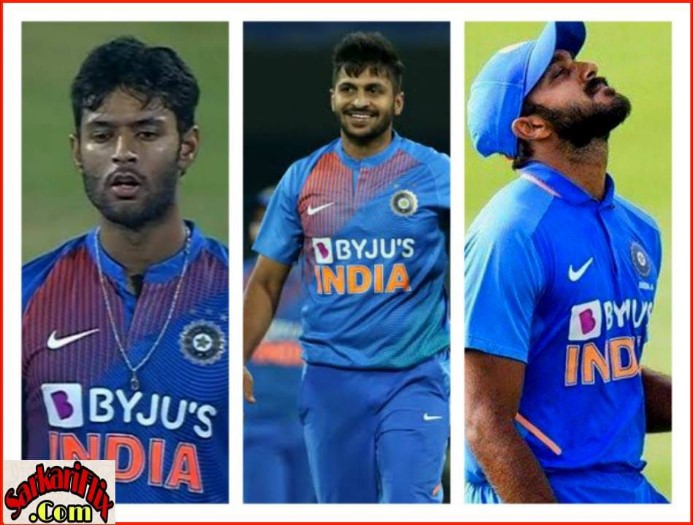 We will talk about the top 3 players who can prove to be all-rounders in the T20 World Cup 2021. In which The number-1 player is also called the next Yuvraj Singh of Team India.

For the Indian cricket team, all-rounder Hardik Pandya has won the confidence of Virat Kohli and team management because of his strong performance.

Let us tell you that apart from being a very dangerous batsman, Hardik Pandya is also a right-arm medium pacer bowler.

However, this Indian all-rounder has not been seen bowling for a long time. In such a situation, for the T20 World Cup, the top-3 players can be seen as a backup of Hardik Pandya.

So today in this article we will know about those three players who can be the backup of Hardik Pandya.

In this list, the name of Shivam Dubey, the young all-rounder of the Indian cricket team, comes on the first number. For India, in the T20 World Cup 2021, Shivam Dubey is expected to get the most.

Many experts say that this player can succeed in the T20 World Cup as a backup to Hardik Pandya. He just has to impress the people by performing well with his bat and ball in all the upcoming matches.

Shivam Dubey has also been given a lot of opportunities for the Indian cricket team. But during this time, this young all-rounder has not been able to capitalize on that opportunity. Let us tell you that Shivam Dubey is being called the second Yuvraj Singh on social media.

The name of the Indian cricket team’s fast bowler Shardul Thakur comes at number two in this list. Let us tell you that this player plays cricket as a fast bowler for India. But recently, while doing his dangerous batting, he has forced people to see himself as a batsman too.

This player of India is also known for very big shots. Shardul Thakur has also presented his batting model against Australia. In such a situation, Shardul Thakur can join the team as a backup all-rounder of Hardik Pandya.

The name of Indian cricket team all-rounder player Vijay Shankar comes at number three in this list. This all-rounder has been consistently seen as a backup for Hardik Pandya for India.

Vijay Shankar is also capable of bowling with his good batting. In such a situation, it may once again be that he can be included in the T20 World Cup 2021 as a backup to Hardik Pandya.