IPL 2021: Indian cricket team openers Rohit Sharma, Lokesh Rahul, and Shikhar Dhawan have made the Orange Cap race quite exciting in the 14th season of IPL 2021.

A total of 17 matches have been played in this tournament of India this season.

The same three openers of the Indian cricket team have come in the top-3 in terms of scoring the most runs this season.

The list also includes two foreign batsmen in the top-5, in which Glenn Maxwell and Jonny Bairstow are named.

In the match between Mumbai Indians and Punjab played on Friday, both captain Rohit Sharma and Lokesh Rahul played half-century innings for their team.

After this, both the batsmen have reached the second and third position respectively in the Orange Cap race.

While the number one and the name of Delhi Capitals opener Shikhar Dhawan.

In the 14th season of the Indian Premier League 2021, let’s look at the top-5 batsmen in the Orange Cap race.

Shikhar Dhawan has played a total of 2 half-century innings so far this season. During this, Dhawan has hit 29 fours and 5 skyscraper sixes.

2- Lokesh Rahul: Punjab Kings captain Lokesh Rahul is second in terms of scoring the most runs in Orange Cap.

At the same time, Lokesh has also got 3 half-centuries off Rahul’s bat. During this time Rahul has hit 23 fours and 10 sixes.

This season, Punjab captain Rahul has the best score of 91 runs and his strike rate is 133.13.

Rohit Sharma has scored 201 runs with a good average of 40.20 in his 5 matches played so far this season.

During this time, Rohit Sharma has also played a half-century. In his 201 runs, he has hit a total of 14 fours and 9 sixes. 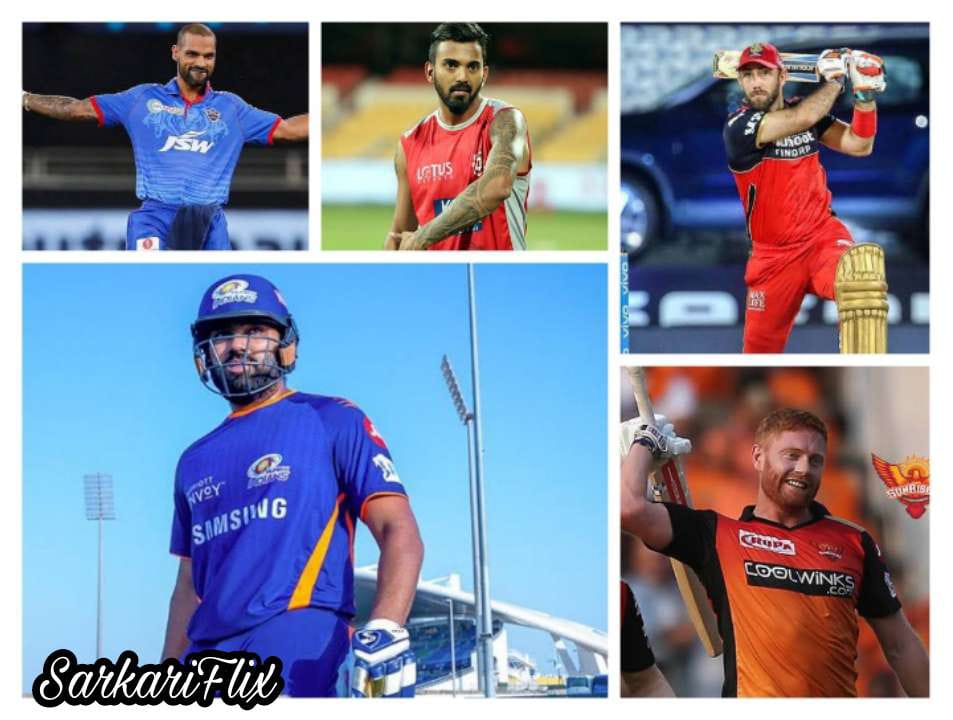 He has so far scored 176 runs for RCB in three innings of 4 matches with an impressive average of 58.66.

He has also played two half-century innings during this period. He has so far hit 17 fours and 8 sixes in his batting. He has a strike rate of 149.15 and the best score is 78 runs.

5- Jonny Bairstow: Sunrisers Hyderabad opener batsman Jonny Bairstow is at number five on the race for Orange Cap. The Hyderabad batsman has so far scored 173 runs at an average of 57.66 in this season of IPL.

During this batsman, he has also hit two half-centuries and during this time he has hit 12 fours and 10 sixes. His best score this season is 63 runs and a strike rate of 132.06.

IND vs AUS: After facing defeat in the 2nd ODI against...