Quinton de Kock: De Kock’s performance was much better in the match played between Mumbai Indians and Rajasthan Royal.

The first match of the day was played between Rajasthan Royals and Mumbai Indians in the 14th season of the Indian Premier League 2021.

The match between these two teams was played at the Arun Jaitley International Cricket Stadium in Delhi. In this match, Mumbai Indians captain Rohit Sharma decided to bowl first after winning the toss.

Let us tell you that the team of Mumbai Indians was chasing the target for the first time this season. The Rajasthan Royals got off to a great start, batting first.

Both his batsmen Josh Butler and Yashasvi Jaiswal played excellent innings. However, both these players failed to convert these good innings into a big score.

This was also Rajasthan Royals’ first half-century innings as their first wicket this season. Rajasthan’s first wicket fell as Josh Butler on the sum of 66 runs.

Then Sanju Samson, who came to bat after this, also played good cricket. Due to these Rajasthan batsmen, in 20 overs, the Rajasthan Royals team scored 171 runs at the loss of 4 wickets. 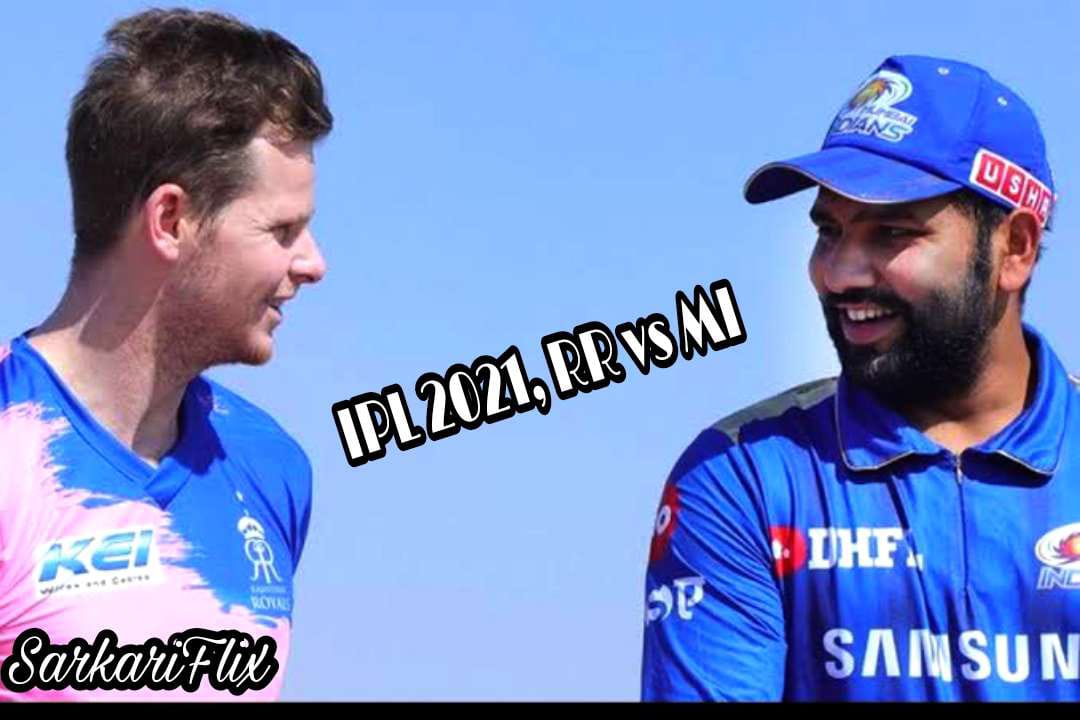 In response to this, the team of Mumbai Indians started chasing the goal was not good. Captain Rohit Sharma was out for Mumbai very cheaply.

He was dismissed by Chris Morris in the hands of Chetan Sakariya. While Quinton Deacock stood on one left but Suryakumar also got out on the other side.

After this, Mumbai all-rounder Krunal Pandya, who came to bat, played Quinton De Kock well. Both of these players turned the match towards their side with a crucial partnership of 63 runs as the third wicket.

But on the score of 146 runs, Mustafizur Rahman clean bowled Krunal Pandya and tried on the match. But on one hand, Quinton de Kock kept Mumbai in the match by playing big shots continuously.

Quinton de Kock stood at the crease till the end for Mumbai and scored an unbeaten 70 to win the match to Mumbai Indians.

He was also awarded the Man of the Match award for his 70-run knock of Quinton de Kock. With this, the team of Mumbai Indians won this match with 9 wickets remaining from 7 wickets.