The actress sternly said, “Hollywood has destroyed other industries by creating a global monopoly. They are occupying our screens. We will instead watch the Lion King of a Malayalam film or the overdubbed version of Jungle Book.”

Urging fans to watch more Indian movies, the actress said, “We need to enjoy our films first, be it Malayalam, Tamil, Telugu, or Punjabi. We should give our priority to our people and our industry and discourage Hollywood films. This is the way to make an Atmanirbhar Bharat” 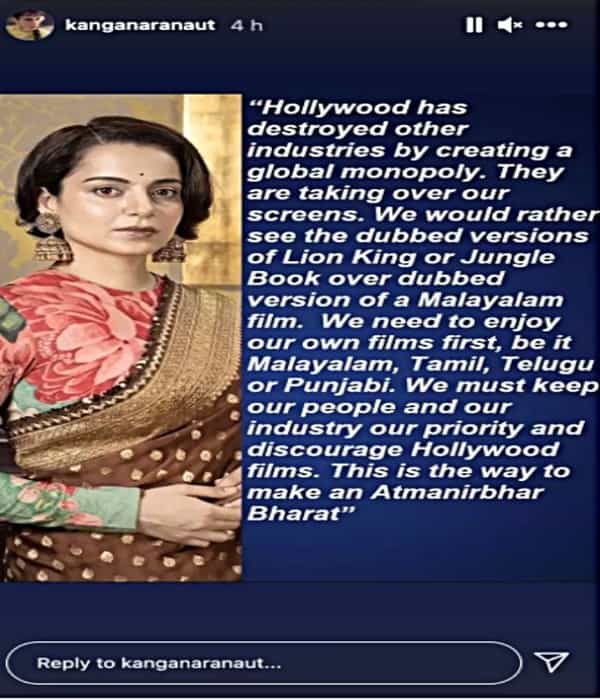 In ‘Thalaivi’, the actress can be seen playing the role of J. Jayalalithaa, an Indian politician and film actress who served as the Chief Minister of Tamil Nadu for more than fourteen years between 1991 and 2016.

Which is the upcoming movie of Kangana?

Kangana Ranaut will next be seen in ‘Dhaakad’ – a spy thriller in which she can play the role of an officer named Agent Agni. Arjun Rampal and Divya Dutt are also involved in Kangana’s upcoming film. Apart from this, the names of other upcoming films of Kangana are ‘Tejas’ and ‘Manikarnika Returns: The Legend of Didda’.