Jai Bhim Movie: What is the relationship between ‘Hero Surya’ and Jai Bhim movie? Some movies are made for money. A few more pictures are taken for community change. I don’t know if the money will come for these but, the people will get a good message.

But in recent times, there have been more and more films being made for money. The film concludes with four songs and three fight scenes. The audience also admires them the most.

However .. Tamil hero Surya wants to make informative films. His latest film starring him in the lead role is ‘Jai Bhim‘. The film was recently released on Amazon Prime and received critical acclaim. Celebrities from the film industry have been praising the film and expressing their reaction on social media. Finally, Tamil Nadu Chief Minister Stalin also saw the film and wrote a letter to Hero Surya. READ| Amitabh Bachchan NFT- Bollywood superstar‘s record in NFT sales!

Jai Bheem is a tribal woman’s struggle to free her husband, who was unjustly arrested by the police. This is a comforting film for some people who say that we have never seen caste discrimination unless it was hundreds of years ago.

Surya Lawyer played the role of the moon. This is the real story. Justice Chandra’s real-life story ‘Jaibhim’. After watching this movie, everyone started inquiring about Justice Chandra. Netizens are interested to know about him. READ| Bigg Boss 5 Telugu: Who will win in the ring? Who became the captain?

Justice Chandra … retired after serving as a judge in the Chennai High Court for a long time. His judgment at that time changed the lives of many poor people. His struggle for the rights of the oppressed, in particular, was unforgettable.

He was a great man who argued without taking money for human rights and did justice to many oppressed communities. In 2009, he was appointed a judge of the Chennai High Court. READ| Katrina -Vicky Marriage: That’s why invitations are not sent! 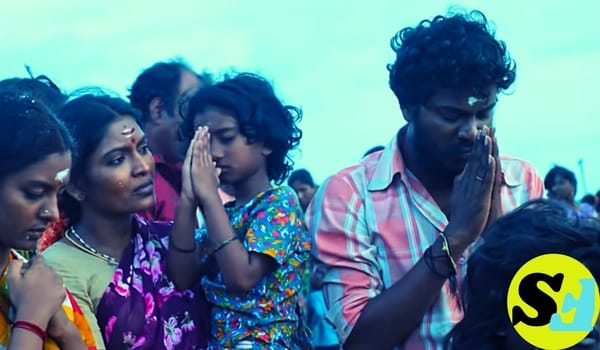 Usually, every judge in his career will judge only 10-20 thousand cases. But Justice Chandra set a record by handing over a maximum of 96,000 judgments in his career.

The appointment of women priests in temples, as well as mass cemeteries irrespective of caste and religion, were crucial in his judgments. Despite being a High Court judge, he stayed away from gossips and fanfare. READ| FilmyZilla 2021-2022 Hollywood, Bollywood, South, Punjabi, Movies Free Download

He removed the redbug to the car he was traveling in and made it ideal for four. As well as personal security. He retired in 2013. In fact, if a judge retires, he will be given a dinner at a one-star hotel and bid a hearty farewell.

But Justice Chandra said goodbye on the court premises, left the car given to him by the government, and went home on the local train. Such simplicity belongs to the moon. Justice Chandra authored a book, Legacy to My Case, based on his experiences as a lawyer and judge. Jai Bhim movie is currently opening with a story from that book.