IPL 2021: SRH vs CSK match, Today, in the 14th season of the Indian Premier League 2021, there will be a close contest between Chennai Super Kings and Sunrisers Hyderabad.

The match between these two teams will be played at the Feroz Shah Kotla Ground in Delhi from 7:30 pm.

Whereas the team of Chennai Super Kings is present in their best form this season. So on the other side, the Sunrisers team is seen battling continuously for the win this season.

In such a situation, Chennai’s turn seems to be getting a bit heavy. However, this match is going to be quite exciting.

It can be inferred from this that despite Hyderabad being full of excellent players, so far it has been able to win only one match.

Let us now know about the possible playing XI of both teams. First of all, we talk about the Sunrisers Hyderabad team, then Jonny Bairstow and David Warner can start the innings for Hyderabad. 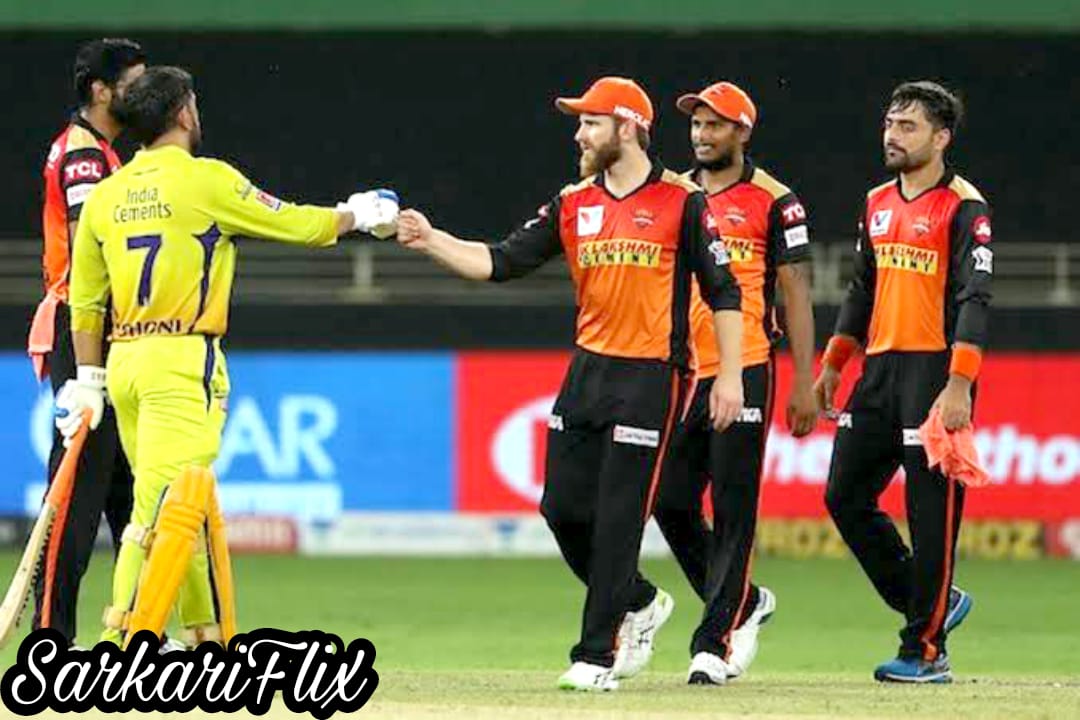 While in the middle order, Kane Williamson, Manish Pandey, Kedar Jadhav, and Vijay Shankar can be included in the team.

In bowling, Abhishek Sharma, Rashid Khan, Jagadeesha Suchith, Khaleel Ahmed, and Siddarth Kaul can be included in the playing XI once again.

Let us now talk about the playing XI of Chennai. Ruturaj Gaikwad could be included in the team once again with Faf Du Plessis for Chennai.

While Suresh Raina, Ambati Rayudu, Mahendra Singh Dhoni, and Ravindra Jadeja are scheduled to play in the middle order.

If we talk about bowling, then Sam Curran, Shardul Thakur, Dwayne Bravo, Deepak Chahar, and Imran Tahir might get a chance.

Now let us know about the pitch report. The pitch will be friendly to the batsmen in this match to be held at the Feroz Shah Kotla Ground International Cricket Stadium in Delhi.

However, spinners can also be helped here. In such a situation, this match is going to be much more exciting.

Here the toss can prove to be very important and the team that wins the toss can decide to bowl first. The average score of this Delhi pitch is around 156 runs.

Where to watch IPL 2021 live streaming?

Star Sport is the Disney Plus Hotstar platform for you to watch the IPL match 2021 being played for the 14th season.

The same if you listen to the live score of IPL match 2021, you can take platform art support on Google, Twitter, YouTube, Cricbuzz Dailyhunt, etc.

Mumbai Indians may come down with a change against Kolkata in...