IPL 2021: Big statement of former India’s legendary cricketer Ajay Jadeja – Lokesh Rahul is not fit to captain India. In the Indian Premier League, Indian cricket team opener Lokesh Rahul was included in the team of Punjab Kings as a batsman in the year 2018.

Lokesh Rahul was handed over the captaincy of the Punjab Kings team after Ravichandran Ashwin left after two seasons.

In such a situation, under the captaincy of Lokesh Rahul, the team of Punjab Kings has not been able to do any wonders so far and the way to the playoffs has become very difficult while performing very disappointingly in the current season as well.

What did cricketer Ajay Jadeja say on KL Rahul’s selection as the future captain of the Indian team?

Virat Kohli, the regular captain of the Indian cricket team, has announced to quit the captaincy of Team India’s T20 format after the T20 World Cup 2021. So in such a situation, some cricket lovers have advised choosing Lokesh Rahul as the captain of India. 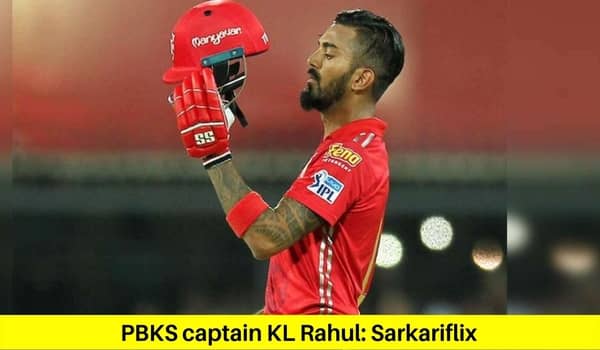 But on this issue, former Indian cricket team great cricketer Ajay Jadeja has given a different opinion and believes that Lokesh Rahul lacks leadership qualities to become the next captain of the Indian team.

Ajay Jadeja believes that Lokesh Rahul has not been able to do anything special while captaining the Punjab Kings team in the IPL. If we see him in the last two years, he is a captain but I don’t see any leadership in him. Whenever this team goes through a good phase or a bad phase, we never look at them.

The changes that have happened in Punjab Kings in today’s time, do you think that Lokesh Rahul has made those changes?

Someone becomes the captain of the Indian team because he has a belief that he should be the captain of his team. I have not yet seen such a thing in Lokesh Rahul because he is very soft-spoken and keeps everything in sync.

If he becomes the captain one day, he will certainly last a long time. Because a person who adjusts to everything can stay in that state for a very long time.