The 31st match of the 14th season of the Indian Premier League 2021 was played between Kolkata Knight Riders and Royal Challengers Bangalore.

Where Kolkata’s team has given a crushing vote to Bangalore by 9 wickets. With this, the Kolkata team has made a great start in the UAE in this second phase.

While all-rounder cricketer Glenn Maxwell scored 4 runs and AB de Villiers returned to the pavilion without opening an account on his very first ball. After that, the RCB bowlers were slammed by Shubman Gill and IPL debutant Venkatesh Iyer and got Kolkata off to a great start.

RELATED  IPL, DC vs RR 2021, who will reach the play-offs, where to watch live to streaming?

After losing this match against Kolkata, RCB captain Virat Kohli said that his team’s eyes have been opened and along with this he also explained the reason for this crushing defeat.

Not only this, but Virat Kohli also praised Varun Chakraborty, who got the man of the match award in this match. After the end of this match, Virat Kohli said that this defeat is like an eye-opener for us. 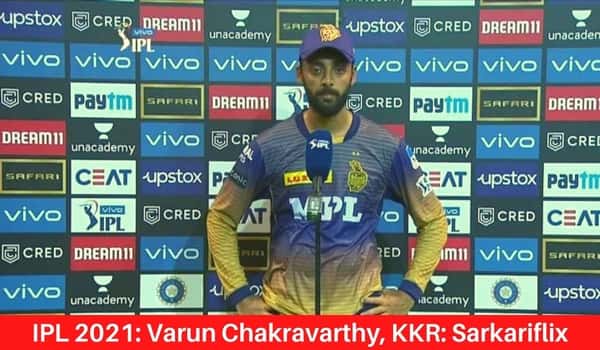 A good partnership is needed on this back. To be honest, I had no idea that the odds would start falling so soon.

We found this pitch to be very good to bat on. At one point our score was just one wicket for 42 runs. But then after that within 20 runs, our 5 important wickets fell continuously. But then it is not easy for anyone to come back after this.

This match is going to feed our eyes and we will work from now onwards on all fronts with a lot of focus and play good cricket. After this, captain Kohli has praised Kolkata’s misty spinner Varun Chakravarthy fiercely.

We want to see a similar performance from all the young players so that the bench strength of the Indian team becomes even stronger. He said that Varun Chakravarthy is going to play for the Indian team very soon and it will be very good for the team.